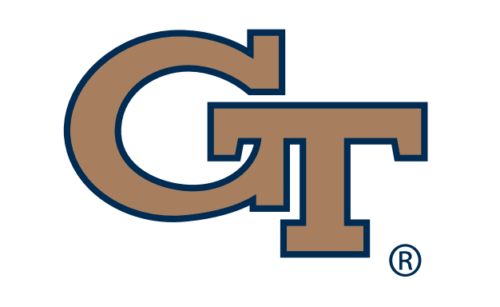 After an impressive first season that earned Josh Pastner ACC Coach of the Year honors in 2016-17, the Yellow Jackets took a step back. A 21-16 overall mark (8-10 ACC) morphed into a 13-19 overall record after heavy losses hit the roster.

To say this is a rebuilding year is putting it mildly. Apart from Duke, Georgia Tech may have lost the most talent from last season to this one.

The lone bright spot is rising sophomore guard Jose Alvarado. As a freshman, he averaged 12.1 points while tallying 77 total assists and 43 steals on the year before fracturing his left elbow. He’s a gifted player and even though he lacks size at six-feet even, he’s a tough Brooklyn guard fitting of Georgia Tech’s historic New York connection for guards.

The recruiting class for 2018 will bring in some much needed size along the frontline. 6’6″ forward Khalid Moore boasts an ACC-heavy offer list and the talent to match. He’s a long three type and can shoot the ball with confidence. He doesn’t hesitate to take shots in rhythm from all over the court. Moore is another player with an NYC connection hailing from Queens, NY.

That’s a potentially vital pipeline if Pastner can continue to tap into it. It also has to be encouraging to older school Georgia Tech fans who remember the great point guards from New York City like Kenny Anderson or more recently Stephon Marbury.

Kristian Sjolund is another intriguing prospect. He has a bit more size but is physically raw at 6’9″ and nearly 200-pounds. His offer list features almost entirely mid-majors highlighted by Liberty, St. Mary’s and Boise State. There’s potential with him, but it may be further down the line once he matures a bit in terms of his physique.

6’3″ guard Michael Devoe rounds out the group. Rivals rates him the 43rd best overall player in the nation and the 13th-best point guard. He was a hotly sought player and it’s a big get for the program heading into year three of the Josh Pastner era.

Devoe has the ability to contribute immediately. In fact, it’s highly likely that all three of these players will be called upon to help the team right away.

Pastner has brought a much-needed infusion of recruiting energy. They’re building with four-year players and not just finding transfer or JUCO stopgaps. It’s a tough row to sow, but the Yellow Jackets are creating a solid core of talented young players.

Realistically, it’s tough to have big expectations when it comes to possibly making a move too far up the standings next season. Tech will be extremely young and there will be growing pains. Those pains will pay dividends down the line though, and toward the ends of the season they could pull an upset or two.

It may take some time, and the fact remains that Pastner may not be the longterm fix here. He’s shown some good signs early though and there is reason to be patient. The Yellow Jackets are in solid position to be seriously competitive two seasons from now with another good recruiting class.

Getting there will just take patience.