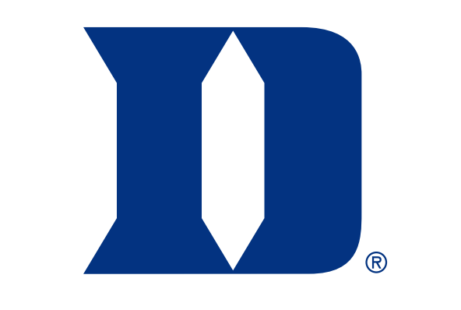 This spring we wrap up last basketball season with a look ahead to next year. We’ll break down the recruiting classes as they currently stand for all 15 ACC men’s basketball programs. Bear in mind, recruiting is incredibly fluid and things will almost certainly change before the season begins.

The Blue Devils have morphed over the last few seasons into a fascinating case-study in the one-and-done phenomenon. Yet again in 2018, they lose every major contributor from the previous season’s squad and will replace them with a slew of five-star recruits.

It’s a remarkable feat that coach Mike Krzyzewski and his staff have been able to achieve, but how long can they keep it up?

Coach K’s top assistant and frequently the lead recruiter for this incredible assortment of talent, Jeff Capel, is now in charge at Pittsburgh. Certainly, his other coaches are more than capable but Capel was no small cog in the Duke machine.

As for Krzyzewski himself, the 71-year-old legend has shown no real signs of slowing down despite back problems and a revolving door of NBA lottery picks.

Many probably assume this operation can continue indefinitely, but it takes far more work than it appears. You can’t just roll a ball out and expect a high school all-star team to coalesce overnight into a Duke basketball team.

We routinely see Duke struggle during the early part of the season relative to their lofty standards. Coach K has shifted to playing almost exclusively zone defense over the last two seasons to shore up a roster that had underachieved on that end of the court.

Certainly Duke is in no danger of falling off anytime soon, but there are legitimate questions to ponder about the viability of the revolving door of new faces. Duke’s next head coach will be great, but will they have the coaching mastery to pull off what Coach K can?

Perhaps these questions would be better served in a separate article. Anyway, food for thought. Now how about these new kids on the block?

R.J. Barrett is the top player in the country and you can quickly see why from a little footage. Below you’ll see him decimating the No. 3 high school team in the nation with his physically mature frame and casual athleticism.

The 6’7″ star of the U19 Canada squad plays with the kind of toughness and edge that the Duke program is built upon. He’ll fit in easily at forward.

Cameron Reddish is actually slightly bigger than Barrett at 6’7″, 210-pounds and he’s a guard. That frankly just seems unfair and when you couple his size with his shooting range, it’s clear he’ll be a brutal defensive match-up. The ease with which he transitions into his shot is quite impressive and can happen suddenly.

Tre Jones is yet another five-star talent considered by most to be the top point guard in the nation. The younger brother of former Duke stud Tyus Jones, Tre will need to get stronger to battle with college and eventually NBA guards given his current weight of 160. His 6’2″ frame can support the added bulk.

There’s nothing he doesn’t seem to do well. Active on defense and explosive on offense, he’s already a very polished player.

Zion Williamson is a monster at 6’6″, 270-pounds. The scariest part is that due to his athleticism, he takes that size and leaps around the gym seemingly without effort. If that weren’t enough to wow you, watch him break down defenders and create off the dribble. The kid is a top five recruit nationally and he might be a little underrated.

The only North Carolina native in Duke’s class is forward Joey Baker. He recently reclassified from the 2019 class to 2018 to join this star-studded group. He appears to have the most room to grow out of this veritable all-star cast, but that’s not to say he isn’t already more than capable.

Baker is yet another 6’7″ wing with great shooting touch and range. He appears active without the ball and is aggressive towards the basket.

To my earlier point, Duke isn’t going anywhere. This class will once again push Duke to the top of the preseason rankings and should have them in position to make another deep run in the NCAA Tournament. These players are all talented enough to step in immediately for losing special talents like Trevon Duval, Wendell Carter, Marvin Bagley, and Greyson Allen.

There are valid questions about the longterm strategy of the one-and-done grind, but some of those can’t be answered until the NCAA decides on how it will reform its rules regarding the phenomenon.

In the meantime, Duke is going to be extremely talented to the surprise of no one.