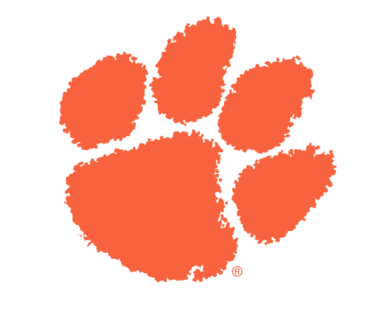 This spring and summer we wrap up last basketball season with a look ahead to next year. We’ll break down the recruiting classes as they currently stand for all 15 ACC men’s basketball programs. Bear in mind, recruiting is incredibly fluid and things will almost certainly change before the season begins.

The Tigers had a wildly successful season in which they nearly cracked the top 10 in the national rankings on the way to qualifying for the postseason. Clemson returned to the NCAA Tournament for the first time since 2010-11, which was Brad Brownell’s first season leading the program.

Brownell’s club finished 25-10 overall and 11-7 in the ACC. The club managed a third place finish in the ACC regular season which yielded the coveted double-bye in the ACC Tournament.

An outstanding regular season earned Clemson a 5-seed in the NCAA Tournament. The Tigers won games over New Mexico State and Auburn before falling in a close contest to 1-seed Kansas in the Sweet 16.

The appearance in the regional semifinals was Clemson’s first since 1997.

They managed all of this despite losing star guard Donte Grantham (14.2 PPG, 6.9 RPG) to injury back in January during the thick of conference play. Leading scorer Marcquise Reed (15.8 PPG, 4.7 RPG, 3.3 APG, 1.7 SPG) stepped into the lead role and thrived, likely making Brownell feel much better about losing Grantham to graduation.

Gabe DeVoe is gone after playing a pivotal role down the stretch last season. His 14.2 points and 4.7 rebounds will be missed, but  plenty of talent remains on the roster.

Shelton Mitchell (12.2 PPG, 3.6 APG) is another strong guard who can run the offense and put his coach’s mind at ease. He lead the team in assists last season and can score from all over the court.

Big man Elijah Thomas will look to hold things down in the paint once again after doing a good job last year. He lead the team in rebounding (8.1 RPG) and added 10.7 PPG despite being a bit undersized at 6’9″, 237-pounds.

As for the help on the way, the main thing that strikes you about this recruiting class is the balance. Brad Brownell has a three-player group that includes a center, a forward, and a guard.

Trey Jemison is a 6’11” center rated a three-star prospect and the 33rd best center nationally by Rivals.com. At just 237 pounds, he’s going to have to hit the weight room hard in order to fill out his considerable frame. The Alabama native boasts a solid offer list that included hometown programs like Alabama and Auburn among other SEC schools. He also drew interest from several ACC programs as well as Harvard which tells you academics shouldn’t be an issue.

Hunter Tyson is a 6’6″ small forward from Monroe, N.C. He’s another guy who needs to fill out a bit at 180 pounds, but you can tell from watching some highlights that the building blocks are all there. He’s got solid shooting form, good body control, and sneaky athleticism. With some added strength, he could become a vital player for the Tigers.

Rounding out the group is impressive guard John Newman from Greensboro, N.C. His body is the most ACC-ready of the three incoming recruits at 6’4″, 180. He’s a bouncy player who can dunk with ease and make plays off the dribble from all over the court.

He’s considered a borderline top 150 prospect coming in a No. 149 on the Rivals.com list. It’s hard to look at a bit of his film and not see a potential All-ACC player down the line.

This class might not look overly impressive at first glance, but a deeper dive shows that Brad Brownell has assembled some very nice pieces here.

Following the program’s best campaign in two decades presents an interesting challenge. The expectations of the fans have finally been met, but pressure remains. With the beautifully refurbished Littlejohn Coliseum, a good coach finally off the hot seat, a solid group of core players returning, and some exciting new additions, this crew appears to  be up to the task in 2018-19.