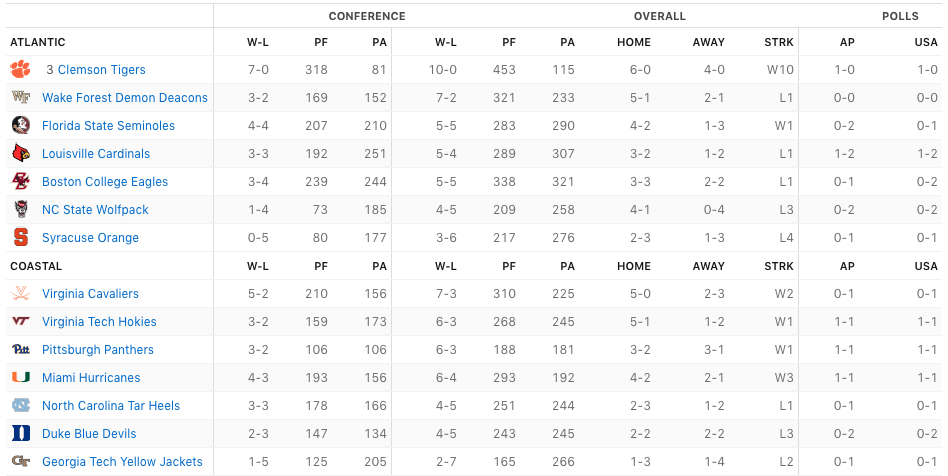 Saturday was my bachelor party and I spent the day with a group of dudes watching college football and making questionable food and beverage choices.

Wings and myriad beers were the order of the day and while I won’t get into the finer details, it was generally ideal. I have to imagine the patrons of The Distillery in Victor, NY are still puzzled about the group of men who were yelling about Virginia Tech-Wake Forest, a random TCU game, and were for a time oddly invested in a tractor pull on TV.

It’s worth noting that our waitress genuinely liked us because despite the rowdiness we were very polite and patient. She was actually a bartender and like a backup fullback who once played QB in high school, she had been thrust into emergency action on a big gameday.

We gave her props and a large tip. At least I think we did, I wasn’t allowed to handle money for myriad reasons.

LSU-Alabama was fun to watch, but the 3:30 time slot also featured some ACC upset action.

The Hokies put on a vintage performance as they honored their fiery defensive coordinator for decades of meritorious service.

Bud really is the best. The program has posted a 228-92 since he took over as defensive coordinator. He’s had chances to leave and didn’t which itself is unique. He’s as defining to the Hokie program as Frank Beamer or Enter Sandman. We’re witnessing the end of something we won’t see again.

The defense created loads of trouble for Wake Saturday, but perhaps more important was the offensive gameplan. The Hokies played ball control offense and ground the clock holding onto the ball for just a shade over 36 minutes. That kept the ball away from a potent Wake attack and let the defense rest. It was Beamerball with some modern flavor.

Jamie Newman tossed two interceptions for just the second time this season (a loss to Louisville) and completed fewer than 50 percent of his passes for the first time all year. Sage Surratt was also lost for the season to a shoulder injury. It was a tough day all around for Dave Clawson and the boys.

Virginia Tech has a clear path to win the Coastal Division ending with rival Virginia. The Wahoos continue to make a habit of playing close games regardless of the opponent so the battle for the Commonwealth Cup is looking pretty intriguing right now.