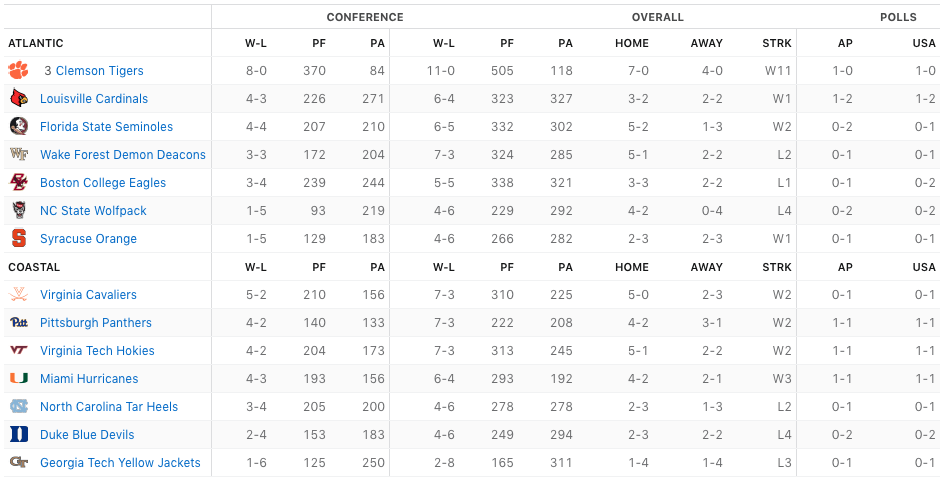 While Clemson continues to casually steamroll through regular season play, The ACC Coastal race has come fully into focus.

Virginia Tech and Pittsburgh will play a Coastal Division semifinal game next week in Blacksburg. The Panthers don’t make it look pretty very often, but they continue to play great defense and piece things together on offense.

“We’ll have a better outing this weekend. I promise you,” he told the media this week.

The Hokies are clicking on offense since switching quarterbacks and finding a ground game. Hendon Hooker has played efficiently and limited mistakes while also opening up the running game.

Tech has also improved dramatically on defense currently sitting at 44th in total defense after a brutal start to the season. This game is shaping up to be a classic.

Meanwhile, Virginia will await another crack at the Hokies and ending that streak everyone knows about. They have an interesting match up with Liberty (6-4 overall) which is a game they have no business losing, but might prove to be a challenge.

The Flames are pretty solid this year, though they did lose to Rutgers. Yikes.

At any rate, it looks like a pretty solid team is going to earn the right to get waxed by play Clemson in Charlotte at season’s end. That’s a far cry from where things were just a few weeks ago.