I caved and bought a subscription to Hulu TV. I wanted to have the ACC Network among other things and I figured I could justify it on some level. We’ll see what happens when my fiance gets home.

The first game is in the books and it was nothing if not wildly entertaining.

No. 8 Florida edged out pesky underdog Miami 24-20 in the marquee game Saturday night.

Jarren Williams showed why he got the nod to start at quarterback for the Hurricanes. He held on to the ball too long at times, but made some strong throws and completed 63 percent of his passes with 214 yards and a touchdown. All that against a feisty Florida defense that will create trouble in the SEC.

Miami’s offensive line is also in rough shape. This was expected, and should improve but boy was that rough. Better play along the front coupled with quicker passing from Williams could give the Canes enough offense to easily win the ACC Coastal. 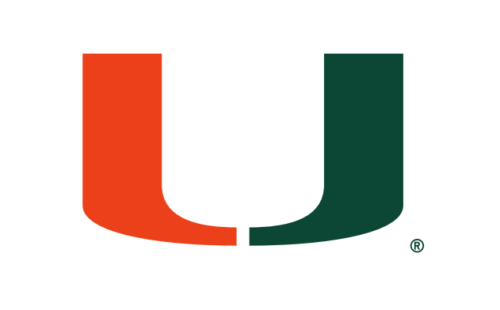 I never made a prediction during the preseason, but after this game it certainly appears that Miami should be the favorite to win the division.

The Hurricanes definitely have no shortage of playmakers on offense. DeeJay Dallas was a force (12 carries, 95 yards, one touchdown) on the ground and receiving (four catches, 37 yards. Tight End Brevin Jordan showed tremendous speed and finished with a team-high 88 yards and a touchdown.

The Canes defense has a lot of young talent anchored by senior Shaquille Quarterman. They played a pretty strong game against the Gators.

Each team converted on just two first downs. They combined to go 4-for-23.

Overall, it was a wildly entertaining opener and it sets the table for another exciting season.

I watched the documentary that followed the game. It was pretty cool and I absolutely recommend it. Apparently I missed a wild game however featuring Hawai’i and Arizona.

SPOILER ALERT: It all came down to this epic play.

That’s a great play all around and a fitting cap on the night. Nick Rolovich has something going out there, including a solid Twitter account.

The first football game on the ACC Network will be Thursday August 29 at 8 p.m. featuring Georgia Tech and Clemson. The Yellow Jackets face an uphill climb in year one under new coach Geoff Collins. We’ll see how much fight they have transitioning into a completely new offense.

It’s not a forgone conclusion that Clemson will run the table and win both the conference and the national title. Too many things can go wrong along the way to assume such a thing.

That’s why it’s so special when it happens, even for schools like Alabama and Clemson who have confused us into thinking these things are commonplace.

I fully expect Clemson to win the conference and make the playoffs, but let’s see how things unfold before writing it down in anything other than pencil.

Georgia Tech shouldn’t pose much of a challenge, but others might along the way.

Here’s the rest of the ACC Network’s broadcast schedule for next weekend: