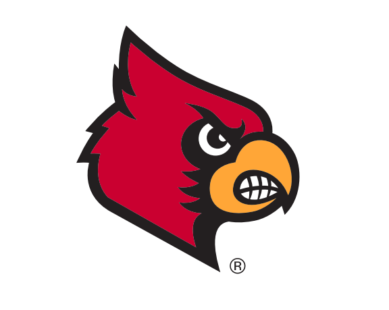 It’s been a long, strange trip for Louisville basketball in recent years. Under legendary head coach and occasional Tom Wolfe impressionist Rick Pitino, the program won a national title and routinely brought in NBA Draft lottery talent to the program.

It was a fine run. One that incidentally couldn’t last because the folks running the program were badly misbehaving behind the scenes in order to bring in all that talent.

As a result, Pitino was fired and David Padgett was forced into the role of interim head coach last season.

Things could have gone a lot worse for a program playing under such an enormous cloud. The coaching staff and team managed salvage the season, tallying a 22-14 overall record and an 8-8 ACC mark good for eighth place.

The Cardinals failed to reach the NCAA Tournament however and had to settle for an NIT quarterfinals appearance.

Padgett was let go and that was likely always the case regardless of the results. A program with the stature of Louisville doesn’t settle for interim coaches.

In nine seasons leading the Musketeers, Mack won three conference titles and amassed an overall record of 215-97. He’s also assembled an 11-8 record in the NCAA Tournament, reaching the big dance in eight of his nine seasons.

With respect to a promising young coach in Padgett, this is a massive upgrade for the program. There were a handful of games last season where you could envision a more seasoned coach handling certain scenarios differently in games. Now, the Cardinals have one of the best in the business at the controls.

The roster will be fairly young this season, with the only seniors coming in the form of graduate transfers. Khwan Fore (Richmond) and Christen Cunningham (Samford) both bring ball-handling, veteran leadership, and some scoring punch to the backcourt. That last point will be sorely needed with the departure of leading-scorer Deng Adel (14.9 PPG) who left school early but went undrafted.

Fore is a fun player to watch. He can get to the rim has a knack for scoring in traffic. His presence is key for a backcourt that lost longtime guard Quentin Snider to graduation.

Cunningham seems to be a strong passer based on his highlight-reel dimes. He can score as well and even if he only serves as a backup, he’s a solid option for Louisville.

Akoy Agau has taken a less straightforward route to Louisville. The 6’8″ forward began his career with the Cardinals, then transferred to Georgetown, later transferred to SMU, and finally came back to where it all started to finish his career. He earned a double major in English and Anthropology at Georgetown and received a special waiver to play immediately this season.

While Agau isn’t at the same level, he could help mitigate the loss of versatile forward Ray Spalding who left school early and was selected in the second round of the 2018 NBA Draft.

These transfers will serve to shore up a roster that adds only one true freshman in preferred walk-on Wyatt Battaile. The 6’5″ shooting guard is a talented scorer who posted 24.1 points and 8.6 rebounds per game last season for Pikeville High School in Kentucky.

It will be interesting to see how his skills translate to the ACC level as he didn’t receive any major interest on the recruiting trail. He was heading to Morehead State before Chris Mack convinced him to walk-on at Louisville. Given time to develop, he could be a dangerous scorer.

This program just can’t seem to avoid controversy as former players are now suing the NCAA over the vacated 2013 national title. Then there’s prominent booster and former grease salesman Papa John who recently left his company and Louisville’s board of trustees in disgrace. He previously resigned from Louisville’s athletics board.

This is where a veteran coach will attempt to steer the team’s attention towards basketball and school. You can’t worry about things outside of your control, and there’s no doubt Chris Mack can impart that message.

The Cardinals definitely have talent and now they have an experienced coach free of controversy. This first season will have some bumps due to the transition between coaches and roster turnover, but things are bright overall. The sky is the limit for this program and it won’t be long before Louisville is back near the top of the ACC standings.