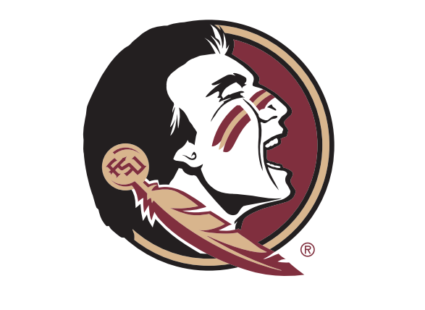 Florida State is coming off one of its most successful NCAA Tournament runs in program history. The 2017-18 Seminoles finished 23-12 overall and 9-9 in conference en route to an appearance in the Elite Eight. It was an excellent coaching job by Leonard Hamilton, up until the final moments of that last game when things got a little weird.

With 11 seconds remaining and trailing by four points to Michigan, Hamilton elected not to call a timeout and the game promptly ended. In all likelihood, the situation wasn’t going to end favorably for FSU, but Hamliton compounded the curious strategy after the buzzer sounded.

Hamilton rightfully caught plenty of flack for mishandling a postgame interview with CBS reporter Dana Jacobson. To say it was a bad look states the obvious, but the frustration in the moments immediately after a tough loss is certainly understandable. Still, his actions detracted from an otherwise magical March run.

Repeating such a performance will be a tall order.

The Seminoles lose several key players from last season including a pair of double-digit scoring wings. Phil Cofer (12.8 PPG) and Brian Angola-Rodas (12.5 PPG) were both seniors. For his part, Cofer was also the team’s second leading rebounder at 5.1 boards per contest.

CJ Walker has also left the program, opting to transfer to Ohio State after putting up 8 points and 2.5 rebounds per game last season and started 34 of 35 games. Big man Ike Obiagu has also decided to leave Florida State. He blocked 71 shots last season and has announced he will attend Seton Hall.

Guard Terance Mann (12.6 points, 5.4 rebounds) thankfully returns for his senior season. He lead in rebounding and may do so again. Rising junior Trent Forrest (7.9 PPG, 4.9 RPG, 4.1 APG) will also take on a bigger role. He stepped up and scored in doubled figures during the first two games of the NCAA Tournament. He was arguably the team’s best player in the final 10 or 12 games of the season.

Did you know? Florida State University is the only Power 5 Athletics Program that has an African-American Head Football Coach, Head Basketball Coach & Athletic Director. This is unprecedented in our profession and I'm proud as hell to be a part of FSU. #BlackHistory #Noles ?? pic.twitter.com/jKoCRVOAkq

Don’t be surprised if Mann-Forrest is Florida State’s next dominant backcourt.

MJ Walker is another highly touted wing who flashed potential during his freshman season (7 PPG, 1.7 RPG). He’ll have a chance to take a big step forward and ease the load a bit on the other talented guards.

The ‘Noles only have one member of the 2018 recruiting class in three-star wing prospect Devin Vassell. The 6’5″, 170-pounder from Suwanee, Ga. drew interest primarily from mid-major schools, though Texas Tech also offered him a scholarship in April.

He fits the profile of what Leonard Hamilton looks for in his teams. Long, athletic wings who can run the floor and shoot. They’re frustrating on defense and can turn any possession into a scoring opportunity. The program has had great success with that strategy and will look to continue Hamilton’s impressive run in 2018-19.

Vassell will be joined by graduate transfer David Nicholls from Albany. The 6-foot point guard played three seasons for the Great Danes. He averaged 17.9 points per game in 2016-17 and was named to the America East Conference first-team that year. He posted 14.6 PPG this past season.

He figures to be a major scoring presence who should be able to help fill the considerable void left by Cofer and Angola-Rodas.

Teams around FSU in the standings are only getting better in the ACC. The Seminoles finished in the middle of the pack last season (8th) and turned that into a strong postseason run. That might be the most they can hope for this coming year given the roster turnover. But, there are some nice pieces remaining.

Leonard Hamilton has won 527 games in college. He can always surprise you. Who saw a Seminole run to the Elite Eight coming this spring?

You can never count FSU out because of the man at the helm. With some of the players that will be featured in next year’s lineup, we definitely won’t overlook them.