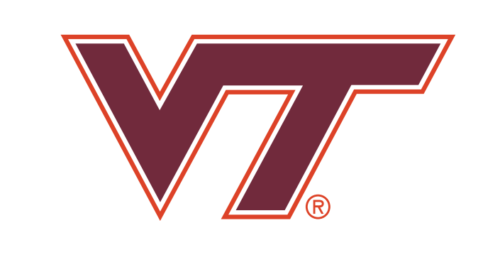 This spring we wrap up last basketball season with a look ahead to next year. We’ll break down the recruiting classes as they currently stand for all 15 ACC men’s basketball programs. Bear in mind, recruiting is incredibly fluid and things will almost certainly change before the season begins.

The Hokies had a solid season, going 21-12 overall and 10-8 in conference play. They took the seven seed in the ACC Tournament, but lost to a healthy Notre Dame squad. Despite the early exit, Tech earned a second consecutive NCAA berth, dosing so for only the second time in program history. Unfortunately for Buzz Williams, they went on to lose in the first round once again.

For Virginia Tech fans, this season may have left a bit of a bad taste in their mouths. The Hokies held halftime leads in each of their final three games and blew all three of them. Perhaps the most frustrating of these was their ACC Tournament game against the Irish, in which they blew a 20-point lead in the first half to lose 71-65.

The sting from this collapse was hardly rectified in their next game, an NCAA Tournament matchup with Alabama. The Hokies led by a slim two-point margin at the half, but thanks in part to a questionable fifth foul called on point guard Justin Robinson,Tech came up just short 86-83.

Of course, if one were to take these losses by themselves, they don’t look so bad. The Hokies lost to two good teams in Notre Dame and Alabama, both of whom had probable early draft picks on their teams in Bonzie Colson and Collin Sexton. Yet, it’s the fear that Buzz Williams’ squad is creating a habit of losing on big stages that has some fans asking questions.

Let’s not forget that the Hokies also had some huge wins on a big stage. Both North Carolina and Duke fell at Cassell Coliseum on ESPN’s Big Monday. The Hokies then upset UVA on the road with College GameDay on hand. It gave the ‘Hoos their only ACC loss of the season. But it is this exact inconsistency that has plagued Virginia Tech lately. While they have done a great job embracing the sort of “underdog” role, it’s time for the Hokies to learn that they are not always the underdog.

Beating UNC, Duke, and UVA is great, but they also need to take care of business against middle of the road teams like Miami and Louisville. The Hokies can’t afford to lose to teams near them in the ACC standings twice a year like they did against the Hurricanes and the Cardinals this season.

Virginia Tech has a lot of talent returning for the 2018-19 season. They lose only two seniors in guards Justin Bibbs and Devin Wilson. While both these players started numerous times last season, Bibbs clearly had the better numbers averaging 13.3 points in almost 33 minutes a game. Wilson averaged only 2.8 points in 16.4 minutes a game.

Wilson was much more of a defensive presence than an offensive threat. If the other guys can step up on defense a little bit, replacing Wilson should come naturally especially with the plethora of guards that Buzz has on his roster. Bibbs, on the other hand, played a lot of minutes and was an offensive threat. Replacing him is a larger task, but the Hokies have options.

First on that list is sixth-year senior Ty Outlaw. After leading the ACC in three-point percentage in 2016-17 (.487), Outlaw had to sit out a year due to injury. He was recently granted a sixth year of eligibility by the NCAA according to TechSideline.com. Injuries have plagued the 6’6″ guard throughout his career, but if he can stay healthy, Outlaw is a potent threat from the outside.

Buzz Williams also has a couple of highly-touted recruits entering the program, most notably 4-star Landers Nolley. Ranked as the No. 63 overall player in the country for 2018 by 247 Sports’ Composite Ranking, Nolley’s 6’7″ frame makes him another good option to replace Bibbs.

As you can see from the highlight tape below, Nolley is very capable of knocking down shots from the outside. At the same time, he can play big down low when he needs to. That’s the exact type of player that works well in Buzz’s four-guard (and sometimes even five-guard) system.

The Hokies should also have more depth at the center position next season. It has arguably been Williams’ inability to recruit a second big that has hurt Virginia Tech the most in recent seasons. While playing small ball is his M.O, you still need at least two bigs who can rotate in. Next season seems like the first time in the Buzz Williams era that he may have this luxury.

Starting center Kerry Blackshear Jr. returns for his redshirt-junior season after averaging 12.5 points a game last season. In addition, the Hokies will get back 6’10” center Khadim Sy who sat out this past year after transferring away from and then back to Virginia Tech. Yes, that story is as weird as it sounds. While Sy did not necessarily have eye-catching numbers in his one season with the Hokies, hopefully a year in the weight room will prove to have been productive.

As always, the Hokies are full of guards. Virginia Tech has three double-digit scorers returning in Justin Robinson, Ahmed Hill, and Nickeil Alexander-Walker. Backup point guard Wabissa Bede will also return. Meanwhile Tyrie Jackson recently announced his intention to transfer.  With so many guards on the roster, minutes are limited and some attrition is inevitable.

The Hokies will also bring two new guards into the mix next season. Three-stars Jon Kobongo and Jarren McAllister will join Landers Nolley in the 2018 recruiting class.

On paper, this is the best Hokies team since Buzz Williams took over as head coach. If they can stay healthy and avoid a regression, this squad will be pretty special. I think fans should be looking to see if Virginia Tech can step up enough not only to make the tournament, but also to be a viable threat in March.