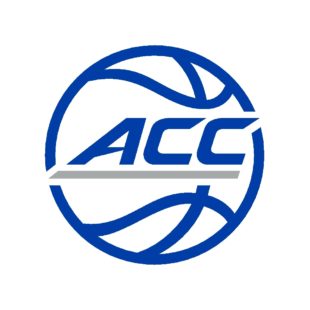 It was a major day Tuesday as ACC members Pittsburgh and Louisville announced who would fill their basketball coaching vacancies.

Louisville hired Chris Mack to fill the position of former interim head coach David Padgett who went 22-14 overall and 9-9 in the ACC in 2017-18. Padgett of course filled in after Hall of Famer Rick Pitino was fired with cause following an embarrassing scandal that included a federal investigation.

Mack has only been a head coach at Xavier where his teams have qualified for eight NCAA Tournament appearances in nine seasons. The Musketeers have won three conference tournaments during Mack’s tenure including this season when the team also earned a One-seed in Big Dance. He posted a 215-97 overall record at Xavier.

Luke Murray and Mike Pegues are expected to be a part of Chris Mack's staff at Louisville as assistant coaches, per a source. Both were on staff at Xavier.

His hire should bring plenty of excitement, and so far it would appear he has a chance to maintain a decent portion of the roster.

His massive 7-year contract begins with a base salary of $4 million per year, and he clearly intends to plant roots in Louisville.

Chris Mack says this is his final stop (and got in a joke at the expense of the Board of Trustees): pic.twitter.com/epbyoFOYft

On the Pittsburgh side of things, athletic director Heather Lyke decided to pick from the Mike Krzyzewski coaching tree with Duke assistant Jeff Capel.

He replaces Kevin Stallings who was fired after two seasons and a 24-41 overall record that included an 0-19 mark last season in ACC play.

After a disastrous and decidedly brief tenure as head coach, Stallings was fired with five seasons remaining on his contract. The Pitt athletics department may well be on the hook for the full $9.4 million remaining on his contract, but it’s unclear what he’ll actually be paid. The terms of the buyout haven’t been made public, but an agreement was reached after reportedly contentious negotiations.

The hiring of Capel will give an instant boost to Pitt recruiting. He has served as the Associate Head coach of Duke since 2011 and has been the program’s lead recruiter as they’ve ripped off class after class filled with NBA Lottery picks.

He looked comfortable, has an assistant he has in mind already, joked with Dick Groat, said he can recruit kids from anywhere, didn't dodge any questions.

Capel has helped recruit 19 McDonald’s All-Americans to Duke. Pittsburgh will certainly pose a bigger challenge, but there’s reason to believe he can have success. He had solid runs with Blake Griffin at Oklahoma and at VCU before that.

“Coach Capel is a high-energy leader committed to being a part of our university and the city of Pittsburgh,” Heather Lyke told the media Tuesday. “He has a tremendous basketball pedigree and a strong track record of recruiting, developing and mentoring high-quality student-athletes.”

Capel been trusted by Coach K to fill in a handful of times when the legend has been unable to coach. That’s a pretty strong endorsement in and of itself.

New @Pitt_MBB head coach Jeff Capel made quite the impression in his introductory press conference. pic.twitter.com/vHQu3btYYF

These are two hires that appear to tick a lot of boxes for both programs. Louisville gets a big name befitting a program rich in tradition and Pittsburgh has a guy who can infuse the team with much-needed ACC caliber talent quickly.

Time will tell how successful these hires are, but on the surface at least it would appear the deep pool of coaching talent in the ACC just got a little deeper.