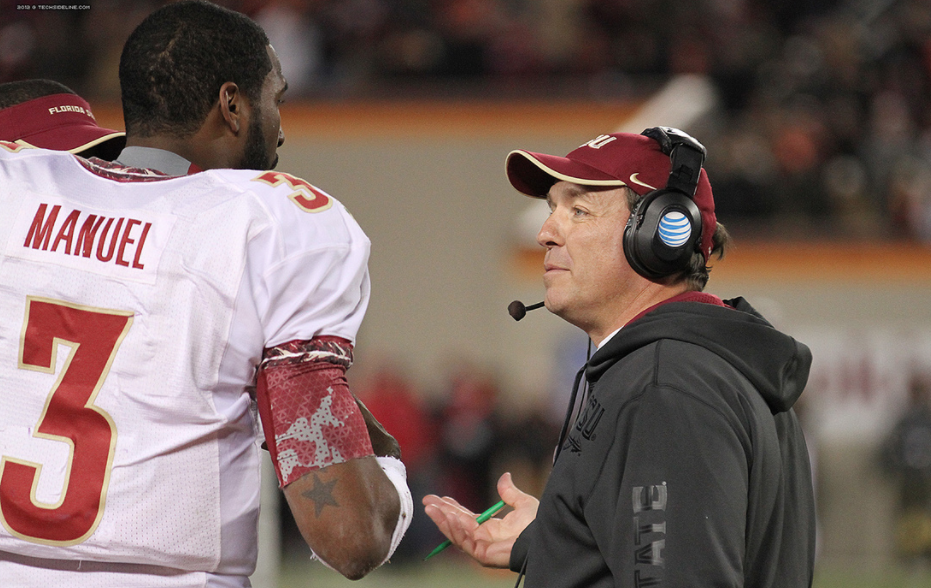 The contest has essentially come to a close. With identical picks this week, the staff picks will be won by Grant. As the victor, he wins an as yet undetermined prize. Congratulations.

There are a lot of unknowns given all the craziness in coaching circles this week. Will Jimbo Fisher be on the sideline for Florida State? I don’t know, but I’m certain all of that has been a major distraction. I’d go for an upset as Louisiana Monroe has been competitive at times this season, but FSU should win no matter who’s coaching.

Part of me, in the midst of all the chaos, wants to pick Monroe in this game. But then I thought to myself, “Where’s the loyalty?” So I’ll be loyal to the Seminoles in this contest. FSU wins to make a bowl game.

I think it would be quite hilarious if Florida State lost after scheduling this cupcake game solely for the purpose of getting bowl eligible. Also, I’m not sure if you know this, but there is some tension in Tallahassee today. Still, I don’t think it’s going to happen.

No Jimbo, no problem. Seminoles roll here against one of the worst defenses in the FBS.

Somehow after everything that’s gone on this season, Clemson is back ranked No. 1 again. It’s really quite remarkable what the Tigers have done despite the midseason loss to Syracuse. Dabo has regrouped his guys and they should win comfortably against a very banged up Miami club.

I thought I’d be more conflicted about this game. But I’m not. As has been the case all season long, I just think Clemson’s defense controls their destiny each week, which is good, because they’re very good. I think Clemson wins this game and I’m sure they struggle at all to do it. Tigers are ACC Champions and on their way to their third straight CFP, which is quite impressive.

One thing I’ve noticed about Miami is that they play to the moment, even more so than playing to the opponent. At home, with a full Hard Rock Stadium, 8:00 pm, on ABC? They blew out two solid top 25 opponents in a row. At noon with little to no crowd support? They went down by 14 to UVA and then lost to Pitt in an extremely ugly game.

This game is at 8:00 pm on ABC, so I expect a good showing and an entertaining game. That being said, Miami has lost some key players to injury, while the Tigers are peaking at the right time. Personally, I’m rooting for like a quadruple OT game so that both teams go to the playoffs.

Miami lost TE Chris Herndon and star WR Ahmmon Richards to season ending injuries, so I question whether or not they can score on this Clemson defense without those weapons in the passing game. It just seems like too much to overcome, so I’m rolling with the Tigers.